Tips for surviving a road trip with kids 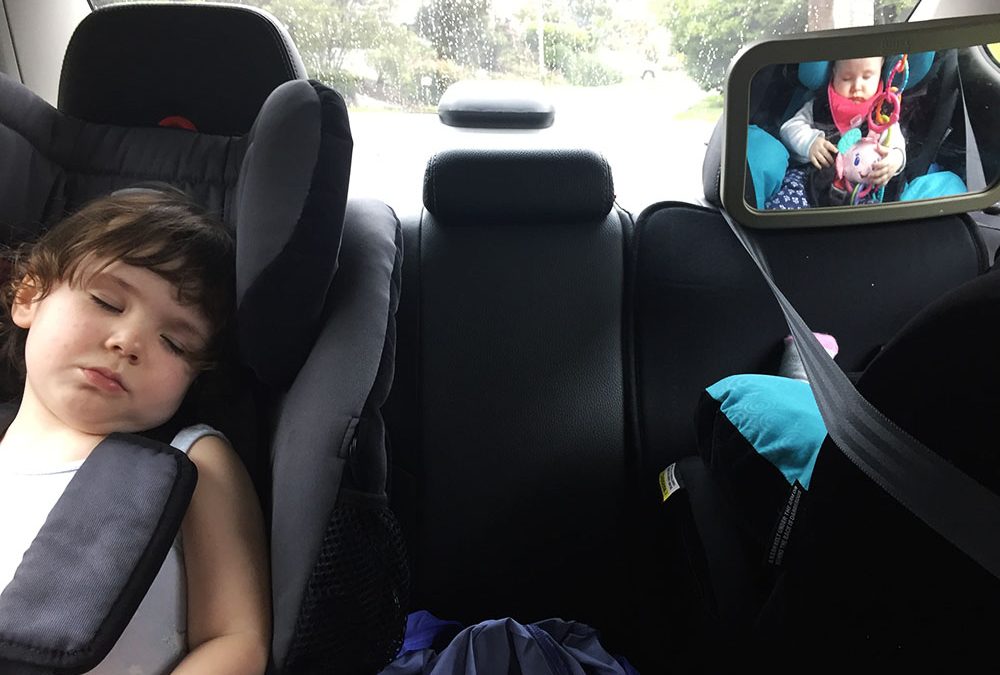 We have just returned from a two week epic road trip with our kids around NSW. The official destination was Byron Bay for wedding however we decided just flying or driving there would be too easy. Why not take AGES to get there and take the New England Highway via Sandy Hollow and Glen Innes. Then stay in Port Macquarie on the way home make it an epic two week road trip with a three-year-old and a six-month old?!

I’m making it sound awful, right? But actually, it wasn’t. Sure, we were up at 6am every day, fell exhausted into bed at 9:30pm every night and only read about 30 pages of that holiday novel, but it was heaps of fun, even the driving. The scenery was magnificent and our kids did really well on the long drives (mostly).

I recently wrote an article about road tripping with kids for Wotif and all the advice we followed to the letter. But I’ve got some more specific things that I learnt on this trip which I couldn’t really include in a generic article.

Daylight savings was our friend

Yep, most people hate those 5 or 6am wake-ups when daylight savings end but they were a blessing in disguise for us. Why? We were up early, hit the road early which meant when we got to our destination it was generally by 2pm. If we were in the car any later, cue world’s worst witching hour.

Get a baby that sleeps in the car

You probably can’t do much about this if you don’t have one but it sure helps when you’re on the road with kids! Although the three-year-old doesn’t nap anymore, she did a few on the driving days and the baby slept most mornings for a few hours at least. Two children asleep at the same time = winning at life.

Get a car seat with inbuilt speakers

Yes this exists and it’s amazing. We put some audio books and albums on an old iPhone, plugged it into the car seat with speakers and our three-year-old was entertained for hours. The best thing was we didn’t have to listen to ‘Do the propeller’ 100 times over the trip.

Specifically Frozen. Our three-year-old listened to Frozen 6 times in a row on one journey. Over and over and over. But because of the car seat with speakers, the only bit of ‘Let it Go’ we heard was her singing along, which was actually quite cute. I really can’t oversell those car seat speakers enough.

Read some more of my work

Get an email whenever I publish a blog.