‘We’re all going on a summer holiday…’ 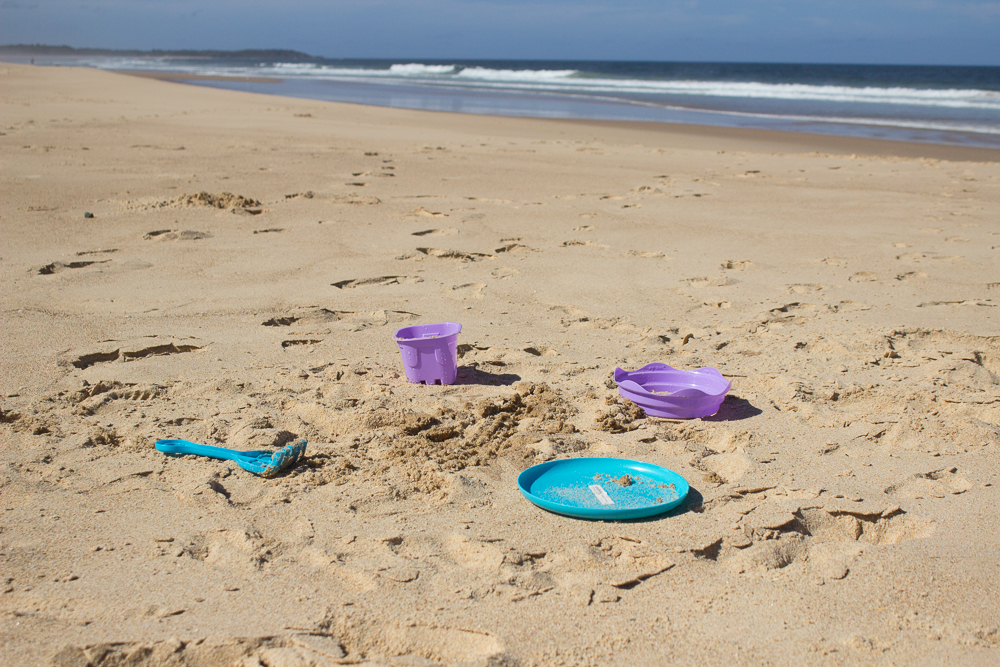 I’ve recently returned from a family holiday on the beach. It was idyllic – long, sunny days that never got below 25 degrees, a beautiful, deserted beach on our door step that we only shared with sea gulls and the occasional beach jogger and the crisp sea air and sound of crashing waves that lulled us to sleep each night.

Previously on these types of holidays, I would read a novel every few days. I’d sleep in until 10am and have late breakfasts before resuming my horizontal position on a beach towel or sun bed. However that’s not how it rolls when you’re holidaying with a toddler.

Wake up is, well whenever she usually wakes up, which is considered a sleepin if it’s post 7am, generally it’s earlier. Instead of lazy breakfasts, we wrangle her into our makeshift high chair (cushions at the table) and convince her to eat something… anything… then it’s time to hit the beach. However there is no horizontal lying or book reading here…

“Mummy, Sandcastle. Daddy Swim, Mummy look for shells?” The mornings would be spent splashing in the waves and making endless sandcastles for an eager toddler to jump on. Sometimes we visited the hotel pool and swam until we were wrinkly and exhausted. Still, we would hear “One more swim Daddy” and we would be convinced to jump back in the water to pretend to be a shark (again) or catch her as she jumped with reckless abandon into the pool.

It was awesome fun and so great to spend some quality time together as a family. But, my god it was tiring… at the end of the week we were saying that we needed another holiday, without the toddler.

We were holidaying during the middle of the school term, so the only people around us were other families of small children, and older travellers. I found myself staring at these grey nomads, with their magazines and wine and endless free time, and feeling a little bit jealous. Not that I want to be at that stage yet, but I couldn’t help imagine the freedom of being at the stage of life where your time is your time and you can spend it doing what you choose. The grass is always greener, right?

However turns out they were thinking the same thing about us. When we chatted to one couple, they looked doe-eyed at our daughter, who at that point was picking up rocks and didn’t want to leave until she had chosen the exact right ones.

They told us that they remembered when their little one was that age. “So cute and innocent and excited about the world,” they’d say. Now their little girl is a woman of 40 with teenage kids of her own. They wistfully watched us as we managed to convince the toddler to start walking and we made our way down to the beach for another morning of fun and adventure.

It made me realise that although it may be tiring, these are the times I’ll remember for the rest of my life. I’ll remember the look of excitement in her eyes as she jumped into the pool and grabbed my arms. I’ll remember the way she gripped my hand with trepidation as the wave rushed around our ankles. I’ll remember her sweet little kisses and welcoming smile as I greeted her bleary eyed at stupid o’clock in the morning.

Yet again in this crazy ride that is parenthood, I’m reminded to stop, smell the roses and take it all in before it’s over too soon.