My parents are on a golden gap year 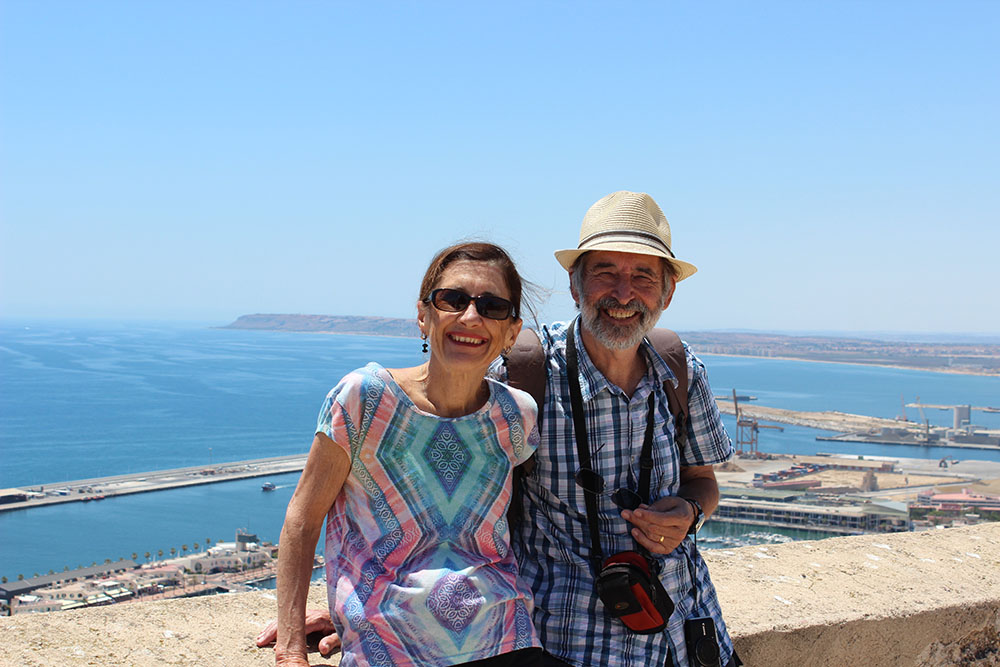 The gap year is a familiar concept. Soon out of school or university, young teenagers with few responsibilities and even less money jump on a plane and head abroad. They spend a year or two living in overcrowded share houses in London, drinking cheap beer most nights of the week and working in temp jobs or dead end bars. They spend their weekends in backpacker hostels in Berlin or Barcelona, drinking more cheap beer and attempting to tick a few landmarks off their list.

You might have done it, maybe your kids have done it. This year, my parents are doing it. Yes my sixty-something parents are on a gap year, or as we’re calling it, the ‘golden gap year’.

I’m not sure how it started. Maybe it was the realisation that some of their adult children were never going to leave the family home so maybe they should go first? Or perhaps the first-borns of the next generation gave them both mid-life crises and they decided they needed to live a little before accepting their fate as grandparents

Whatever the catalyst, last year they packed their bags, bought a one-way ticket and jumped on a plane to London. Initially they told us they would be there for eight months. It’s now been 12 months and they are reluctantly considering when to book their tickets home. Maybe by Christmas, they say.

To be fair, they’re doing it slightly classier than their more youthful counterparts. They have a two-bedroom flat in a gated complex that they only share with the copious amounts of visitors who have been taking advantage of the free London accommodation.

They have also picked up decent jobs, Mum is lucky enough to have a British passport so with no restrictions, they found it easy to pick up part-time work in their chosen fields.

One thing they have in common with their younger counterparts is the travel. They’re currently in Portugal, a few weekends ago they visited Budapest and they spent Christmas in Vienna and the Canary Islands. Every weekend they can, they’re off to another destination, seeing all the exotic destinations that seem so far away from Australia.

When they travel, they’re more likely to stay in AirBnb than a hostel, although that’s not to say they wouldn’t stay in a hostel if the need arose. It would have to be a private room of course. With an en-suite. Mum has even declared ‘I’m never flying Ryan Air’ after yet another flight delay but the lure of £10 flights have proved too tantalising more than once so I think that’s an empty threat.

They’ve also had the benefit of travelling with friends and family who have visited over the last year including my hubby, toddler and I who joined them on a visit to southern Spain. Travelling with a toddler is never easy but with four adults keeping an eye on the rambunctious tot, we managed to enjoy a reasonably relaxing few weeks as we meandered through ancient, Moorish towns and sundrenched, seaside villages.

Like the traditional gap year kids, my parents have also enjoyed the European alcohol (although maybe not quite in the same excessive amounts). They have been indulging in the large variety of inexpensive European wine, exploring the French, Italian and Spanish varieties that it’s rare to get at home. When it’s only 6 quid a bottle, well you may as well get two!

As for us kids at home, it’s been a mixed bag. It’s been hard that they’re so far away, particularly as the grandchildren grow up. The younger one doesn’t really know his grandparents which is sad for all concerned. Our parents are missing milestones like first birthdays and Christenings and all the day-to-day things like learning to talk and walk. Skype does a wonderful job, but it’s not perfect. And we’re missing the free babysitting, gotta be honest.

On the other hand, my three siblings, partners and I have grown closer, learning to rely on each other without the overarching influence of our parents. We have loved hearing about our parents adventures, quirky stories about getting lost for two hours in Amsterdam and watching videos of mum trying to master cycling again… Maybe stick to walking?

When it comes down to it though, I’m so proud of my parents and what they’ve achieved in the last year. They’re an inspiration to us younger folks that dreams can come true at any age, even when it’s living out of a suitcase and travelling the world like a teenager.

Hopefully they come home soon though, the world is wonderful but home is where the heart is and we miss our patriarch and matriarch. And let’s be honest, we’re missing a night out without the kids. Those grandkids aren’t going to babysit themselves!

This article was first published in Mamamia.